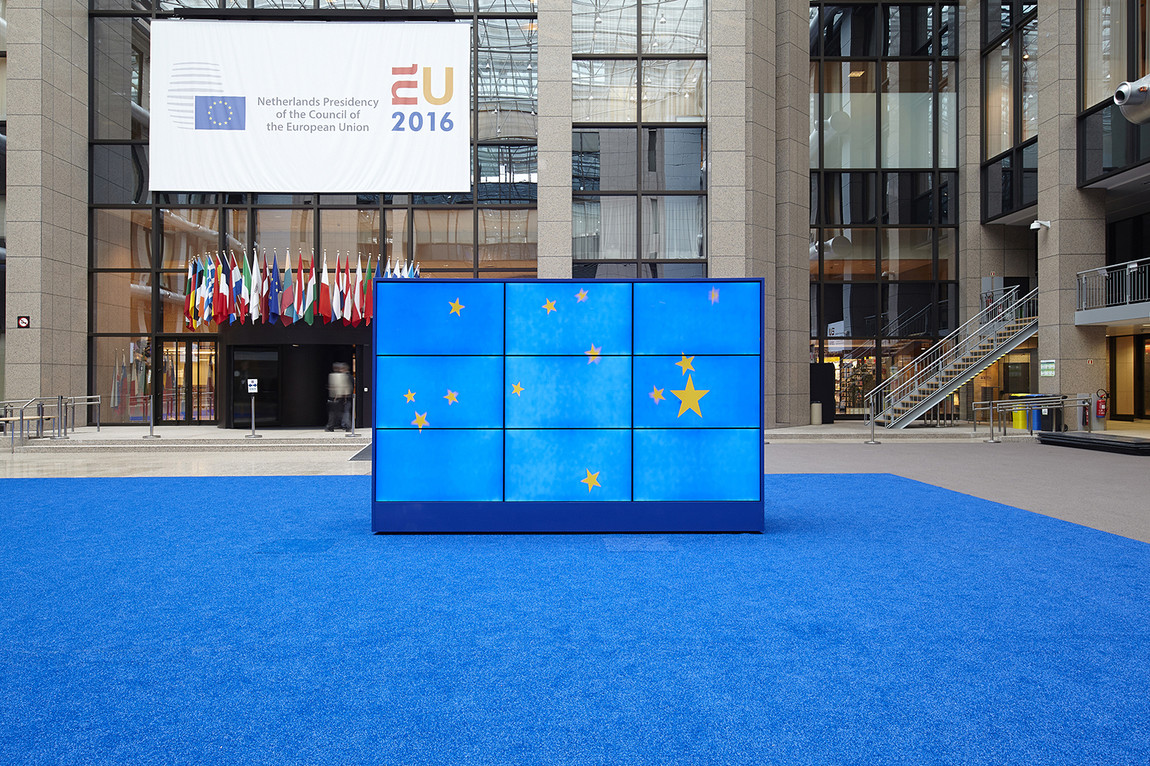 The yellow stars of the European flag represents the solidarity and harmony between the people of Europe. To remind the policy makers working in the buildings of the European Council that they do have a big impact on solidarity and harmony, this interactive flag was installed. Over the period of 6 months – during the Dutch chair – a camera is pointed at the blue carpet in the Justus Lipsius entrance. Each policy maker entering the building walks over the carpet. By doing so, they add an European star to the interactive flag. The stars changes position according to how these persons walks on the blue carpet resulting in an ever-changing interactive European flag. Interactive blue screen installation for the European Council in Brussels. With and commissioned by XML architects and Jurgen Bey who developed and designed the carpet and architectural pieces of the interior.

The interdisciplinary studio Designing Democracy invited us to the Sandberg Institute (Amsterdam) to give a lecture about the branding of Nations.